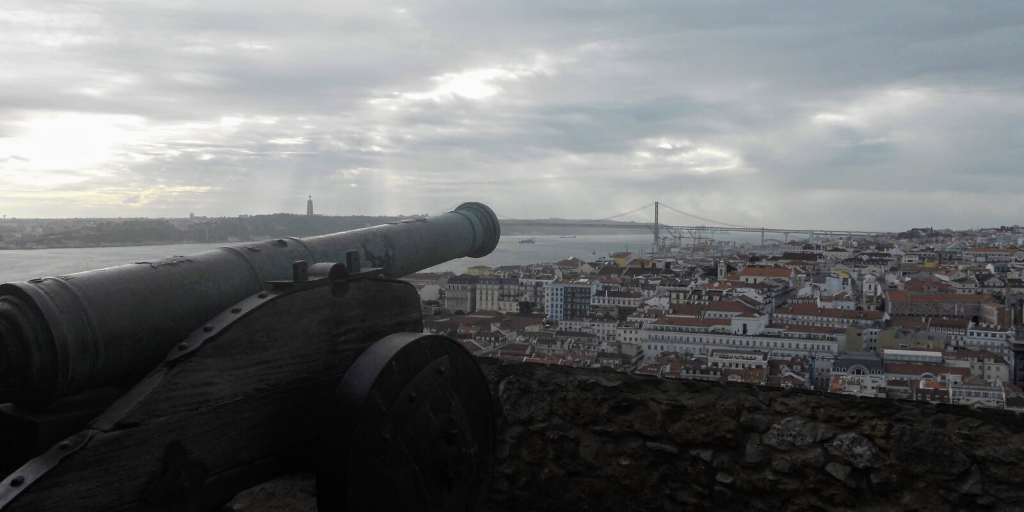 Lisbon is a vibrant city full of history, culture, and incredible food. We visited there a few years ago in December and even in the Winter the city is very welcoming (and on the warmer side, although the locals may beg to differ with us on that point). Regardless of the time of year of your visit, there are things to see and do for everyone. That’s why we’ve put together this guide for how to spend 3 days in Lisbon, so you can get the most out of your trip.

Spend your first of 3 days in Lisbon exploring the city center, starting with two of the city’s most frequented squares. The Praça do Comércio is Lisbon’s spiritual and geographical heart with its vintage trams and grand arcades. It’s a great location to get a feel for the energy of the city.

From there, visit Praça Dom Pedro IV, or Rossio as the locals know it. In the square’s center you will see the statue of Dom Pedro IV, Brazil’s first emperor. The square is dotted with fountains, and from here you can also see the impressive horseshoe-shaped arches of the nearby neo-Manueline Estação do Rossio, Lisbon’s main train station.

In between the two squares are plenty of streets filled with stores, cafes, restaurants, and closet-sized ginjinha bars. Ginjinha is a Portuguese sweet cherry liquor. You can order a Ginja for a couple of Euros, wither with (com ginja) or without (sem ginja) a cherry in it. Some bars will even sell the Ginja in a shot cup made from 100% chocolate.

To see a different side of Lisbon, catch Tram 28 for an old-fashioned street car ride through the city with absurdly steep climbs and windy turns. Tram 28 is extremely popular with tourists, so we suggest you start your journey at its point of origin at Praça Martim Moniz. You can take Tram 28 uphill to Largo das Portas do Sol and walk further uphill to nearby Castelo de São Jorge, the Moorish hilltop fort from the mid 11th century overlooking the city of Lisbon and the Tagus River below.

If you would like to visit any museums or historical sites in Lisbon (including those listed in the destinations below), keep in mind that Sundays are usually much more crowded, as Portuguese passport-holders are afforded free entry to these sites in the morning and early afternoon.

The parish of Belém, a short ride outside the city center, best symbolizes the Portuguese Age of Discovery during the 15th and 16th centuries with its monument, monastery, and tower along the Tagus River. The easiest, quickest (and most scenic) way to get to Belém is to take Tram 15 from the city center.

Next, take a stroll along the riverfront between Padrão dos Descobrimentos, the very large concrete Monument to the Discoveries featuring adventurers and explorers who helped establish Portugal as a 15th and 16th centuries superpower with Prince Henry the Navigator at its helm, and Torre de Belém. You can take a tour of Torre de Belém, built in 1515 as a fortress to guard the entrance to Lisbon’s harbor. It was from here that many ships set sail on their voyages to explore the world.

Make sure to also take a look across the river where you will see the 110m (361 ft.) high Cristo Rei statue. The statue of Christ with outstretched arms is a slightly more baroque version of Rio de Janeiro’s Christ the Redeemer.

Next to Mosteiro dos Jerónimos you will find Antiga Confeitaria de Belém, Lisbon’s best pastéis de Belém — also known as pastéis de nata — since 1837. The line to get seated in the cafe is usually very long, but you can avoid this if you take your pastries to go. There is a separate line for take-out that is considerably shorter, and the packaging for take-out is surprisingly compact. We actually brought a few back to friends and family in Germany with us.

On your last of your 3 days in Lisbon (or your first, up to you), take a train ride from Lisbon to Sintra, a resort town nestled among thickly wooded hills that was once a longtime royal sanctuary featuring several palaces. From downtown, you can reach Sintra in less than 45 minutes.

Within Lisbon there are several train stations such as Rossio, Oriente, and Sete Rios where you can get onto the trains to Sintra. The trains to Sintra are considered urban trains and are therefore very inexpensive. Trains are operated by Carris and you can find schedules and fare information on their website.

When you arrive in Sintra, walk to the bus stop next to the train station and take the Tourist Bus 434 Circuito da Pena to the town center where the Sintra National Palace is located. Tickets for bus 434 can be bought on-board from the driver. If you are visiting Sintra during the summer months, we recommend arriving as early as possible to avoid the tourist crowds that arrive by the bus-load.
There are three main palace attractions in Sintra: Sintra National Palace, Castle of the Moors, and Pena Palace.

A useful tip for tickets to all three attractions is to order your tickets online in advance to avoid the tickets lines. You will get a discount for buying online as well. One additional bonus of the online ticket is that your ticket is valid for the entire year it is purchased, in case you are unsure of the exact date of your visit.

If you’re planning a visit to Lisbon in the future, we hope this guide to 3 days in Lisbon will be helpful. If you have already visited Lisbon, what would you add to this itinerary?

How to Plan a One Day Machu Picchu Trip

3 Places to Visit in Bangkok