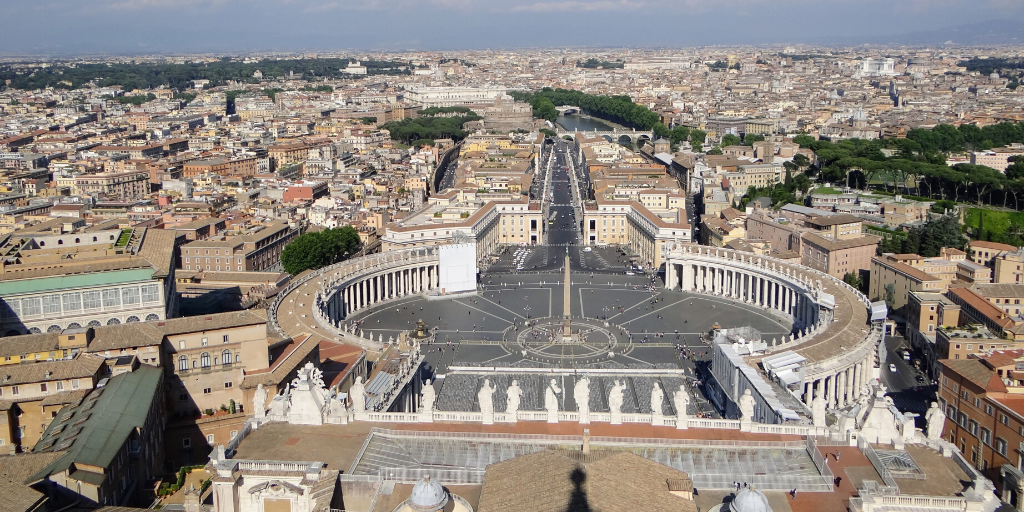 Vatican City is an independent city-state enclaved within Italy’s capital, Rome. The world’s smallest independent state with an area of just over 100 acres, Vatican City is governed as an absolute monarchy with the Pope at its head. Vatican City is one of the most sacred places in Christendom and is also a UNESCO World Heritage site. Despite its small size, there are actually quite a few things to see and do when visiting the Vatican, and it’s well worth a trip while you’re in Rome.

Plan Ahead for Visiting the Vatican

If you would like to visit either the Vatican Museums (including the Sistine Chapel) or the Vatican Gardens, we strongly suggest purchasing tickets in advance — otherwise you may spend a lot of time waiting in line.

When planning your visit, keep in mind that the weekend is usually the busiest time to visit, in addition to Wednesdays when there is usually the Papal Audience. The Vatican Museums are closed on Sundays, except for the last Sunday of every month, when they are free therefore draw very large crowds. To visit any sight in the Vatican, make sure to dress conservatively (no shorts, skirts, naked shoulders) since the Vatican is a religious site.

The Vatican Gardens, the “green heart” ofthe Vatican, offer a quiet and tranquil respite from the bustling streets of Rome. The Gardens can only be accessed with a guide, and tickets can be booked up to 60 days before your intended visit. The tours last approximately 2 hours, starting at 10:30 AM during the week and 9 AM on Saturdays.

On the tour, you will get to see several sights that are usually only accessible to residents of the Vatican. In addition to the large variety of plants and trees, there are also several fountains (including one that even has turtles living in it), holy sites, the Vatican Heliport, sculptures, and stunning views of St. Peter’s Basilica. Your ticket to the Gardens also includes skip-the-line access to the Vatican Museums and Sistine Chapel.

The Vatican Museums include a rich collection of artifacts collected by Popes throughout the centuries. You can view paintings, sculptures, mummies, geographic maps from the 16th century, Raphael’s Rooms, and the helical staircase. The self-guided tour follows a planned itinerary through the museums, ending in the Sistine Chapel with its famous ceiling fresco, ‘The Last Judgement’, by Michelangelo.

When you are in the Sistine Chapel, you should be able to go through the right-hand exit and take the short-cut into Saint Peter’s Basilica without waiting (note this shortcut is supposed to be used exclusively for tour groups and once in a while, the guards will stop you from using that shortcut without being part of a group).

If you are unable to use the short-cut from the Sistine Chapel, you will need to enter Saint Peter’s Basilica from the front. Admission is always free, but you will have to wait in line for security. Depending on the time of day, and if you are visiting during the peak tourist season in the summer months, lines into the Basilica can be very long.

St. Peter’s Square is one of the largest and most beautiful squares in the world. The Square can fit over 300,000 people and is a nice lead up to St. Peter’s Basilica.

St. Peter’s Basilica is the largest religious building in the world. Once inside Saint Peter’s Basilica, you can climb the dome or visit the grottos just below the altar where many popes are entombed. Besides its tremendous size, another highlight inside the Basilica is Michelangelo’s Pietà statue, the only sculpture Michelangelo ever signed.

The Dome of St Peter’s Basilica is the tallest dome in the world at 136.57 meters (448.1 ft) and from the top you will have one of the best views of the inside of the Basilica and a 360 degree view of Vatican City and Rome.

While entry to the Basilica is free, you will have to pay to climb the Dome. You have two ticket options: climb the 231 stairs or take the elevator to the first level for a few additional Euros. Keep in mind that tickets are cash only and there are no discounts available.The elevator brings you to the inside of Michelangelo’s dome, where you will have a top-down view of the inside of the Basilica. Climbing to the very top of the Dome is optional, and there is no elevator — just 320 stairs up an increasingly narrow spiral staircase. The staircase is one-way traffic only, and it can feel pretty claustrophobic as you near the top. We found that the breathtaking views at the top were well worth the climb, but it can be a challenge it you’re afraid of narrow spaces.

In terms of when to climb the Dome, there are pros and cons to both options. Climbing in the morning will enable you to avoid crowds. However, climbing in the afternoon will afford you better photo opportunities of St. Peter’s Square, since the sun will be behind you at this time of day. Leave about 30 minutes to an hour to climb the Dome, depending on how much time you want to spend at the top.

A few hundred yards east of the Vatican is Castel Sant’Angelo, a former mausoleum and fortress that is now a museum open to the public. During our visit, we actually didn’t go inside Castel Sant’Angelo but rather took a few pictures from the outside with the bridge that has angel statues along the sides (Ponte Sant’Angelo).

Other Notes About Visiting Vatican City

Vatican City has its own post office, train station, radio station, weather station, television center, pharmacy, and even its own Euro coins. It even has a de facto army: the Swiss Guards in their traditional yellow & blue stripe uniforms protect the Pope and the Vatican grounds.

In general, we would recommendspreading your visit to the Vatican out over at least two days, maybe three depending on the time of year and how much time you want to spend in the Vatican Museums. Lastly, if you want to mail any postcards, make sure to stop by the Vatican Post Office because it is easier and more efficient than going to the Italian Post Office, and your mail will to its destination faster as well.

Have you ever visited Vatican City? What tips do you have?

5 Tips for Finding Time to Travel

How to Plan an Edinburgh Day Trip

Kuala Lumpur: What to Do When You’re There