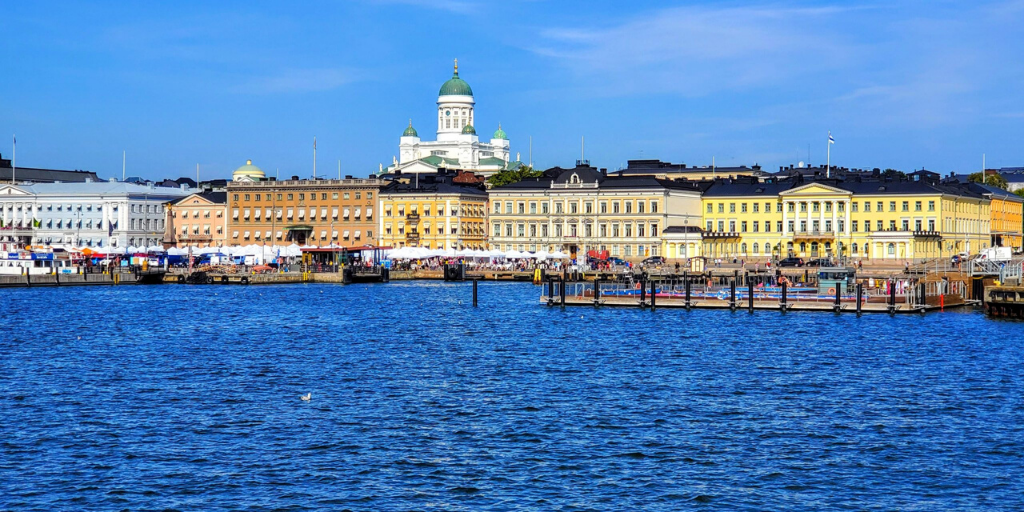 Helsinki recently became one of the many cities where we’ve spent a few days en route to another destination, thanks to Finnair’s stopover program. Currently, Finnair allows you to add a stopover in Helsinki of up to 5 days on any roundtrip itinerary with the airline. We stopped there this past Summer on our way to Singapore, Kuala Lumpur and Bangkok, and had a great time. So we’ve put together this list of things to do in Helsinki, in case you find yourself with the opportunity to spend a few days there.

Like most European cities, Helsinki has a well-developed and efficient public transit system. Helsinki’s public transportation system (HSL) consists of bus, tram, metro, local railway and ferry services. Even the ferry to one of the major attractions, Suomenlinna, is included with any day ticket. Helsinki Airport, Lentoasema station, can also easily be reached from the city center Central Train Station by the ring commuter rail lines I & P in roughly 30 minutes with an HSL ticket good for zones A-C.

1. Explore the City on Foot

Even though the city has a robust public transit system, one of the things we liked most about Helsinki was how walkable it was. We spent a significant portion of our time there exploring the city on foot, as most of the attractions were within an easy walking distance from our hotel. The downtown area is home to several malls and shopping areas.

One of the main attractions in Helsinki is the Helsinki Cathedral and surrounding Senate Square. This Lutheran cathedral is open daily and entrance is free of charge, although getting in and out can be a challenge due to the large number of tour groups that frequent the site.

Less than 10 minutes’ walk from the Helsinki Cathedral is Kauppatori, the port where a number of ferries depart from. There is a Market Square here, which houses a daily open air market where local vendors sell everything from food to handmade souvenirs. Depending on the time of day, this area can get very crowded as cruise ships dock here as well. The Presidential Palace and Helsinki City Hall are also located adjacent to the Market Square.

2. View the City from Above

One of our favorite things to do when we visit a new city for the first time is to find a place where we can get a nice overlook of the city and take some aerial-style photographs. In Helsinki, the Uspenski Cathedral, an Eastern Orthodox cathedral located on a hilltop, provided great views. The cathedral is open to visit every day except Mondays, but the hilltop can be accessed even when the cathedral is closed. There are a few staircases you will need to climb in order to get to the top, but the views are worth it.

3. Take the Ferry to Suomenlinna

As we mentioned, there are a number of ferries that depart from Kauppatori, including one to the mid-18th century fortress of Suomenlinna. The ferry ride, included in any HSL day ticket, takes approximately 10 minutes.

Suomenlinna is a UNESCO World Heritage sight, and one of Finland’s most popular attractions. Once you disembark from the ferry, follow the blue signs to King’s Gate. The Blue route runs north to south via all the main sights and is about 1.5 km (1 mile) long. When the weather is nice, touring the island is a great way to spend the day, and the views of Helsinki from the ferry are spectacular.

Temppeliaukion Church, the ‘most interesting church in Helsinki, is also commonly known as the Rock Church — and it’s easy to understand why once you’ve seen it. This Lutheran church is built directly into a massive rock and is open for the public to tour for just 3 Euros per person. This is an active church, so make sure to check their site for service schedules before visiting.

Just down the hill from the Rock Church is Cafetoria Roastery, a great coffee shop that we highly recommend checking out if you’re in the mood for some delicious coffee or tea and light snacks.

If you’ve ever visited Helsinki, what were your favorite things to do? Let us know what we’ve missed in the comments!

How to Take Advantage of Visa Free Transit to China