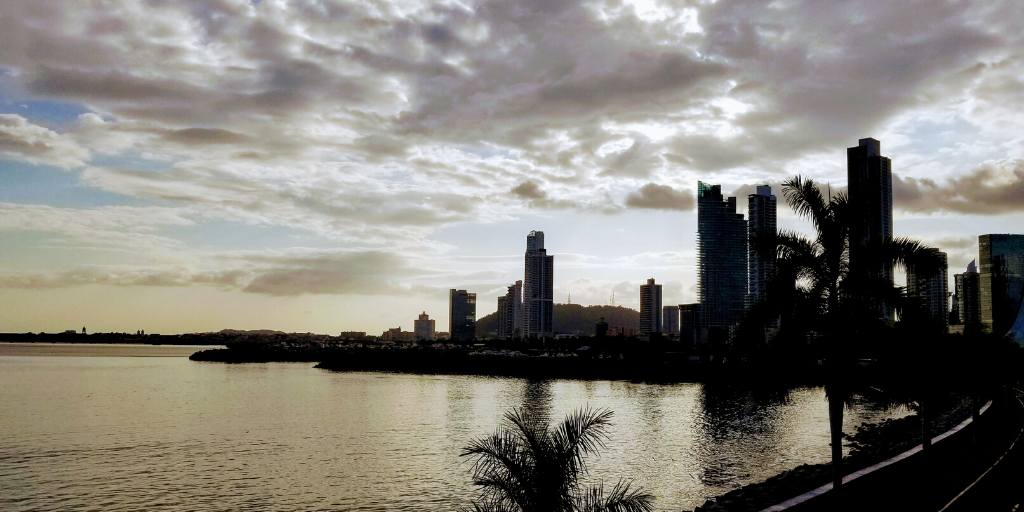 Recently, on our way to Costa Rica, we had an overnight layover in Panama City. We arrived mid-afternoon, and had just enough time to do some quick sight-seeing in the city before it got dark and we turned in for our early morning flight. 24 hours (or less) isn’t a ton of time to spend in Panama City, but it is enough time to see a few sights.

An important tip: Panama City’s traffic can be get to a complete standstill during rush hour, so don’t over schedule your time in the city and allow plenty of buffer time for getting to/from the airport.

Places to Check out in the City

If you are staying in the financial section of the city, you can walk walk through the streets to see the modern high-rises and stores. Among the modern buildings you will also discover the Gothic architectural style of Panama’s most visited church, Iglesia Nuestra Sra. del Carmen. The church is reminiscent of the Middle Ages, but was actually built in the middle of the 20th century.

One of our favorite things to do on a stopover or when exploring a city for the first time is to take a walk. The Cinta Costera (Coastal Beltway), is a walkway and bike path along the Pacific oceanfront, offering you spectacular views of the city’s skyscrapers on one side and Old Town on the other. There are several footbridges where you can cross the Pan-American Highway that runs next to the path.

Founded in 1519, Panama Viejo was the first European city built in the Pacific coast of the Americas. It is now located in the eastern suburbs of modern Panama City. Casco Viejo, also known as Casco Antiguo or San Felipe, is the historic district of Panama City. Completed and settled in 1673, it was built following the destruction of the original city, Panama Viejo, by pirates led by Welsh pirate Henry Morgan. (Yes, the same guy featured on Captain Morgan rum bottles.) Both Panama Viejo and Casco Viejo are UNESCO World Heritage Sites since 1997.

If You Have Extra Time

If you have more time in the city, you can take a drive to the Miraflores Locks outside the city center that offer views of ships travelling through the Panama Canal. The Miraflores Visitor Center has three observation levels to view the Locks.

Since 2014, Panama City is home to Central America’s only Metro system. Currently, the Metro operates one line — additional lines are either already being built or are planning for the future. Line 2 will eventually connect the downtown area with the International Airport in Tocumen. To ride the Metro you need to purchase a Transit Card for $2 and each ride costs 35 Cents. One Transit Card can be used among multiple people.

Another bonus point for a quick stop-over in Panama is the fact that Panama’s currency, the Balboa, is tied to the US Dollar at a 1:1 rate. The US Dollar is legal tender in Panama alongside the Panamanian Balboa — making for easy planning if you’re arriving from the US.

A Lesson in History and Sports: Touring Philadelphia